By Michael Grothaus •  Updated: 10/02/19 •  5 min read
Accessories
Are the Samsung Galaxy Buds better than Apple’s AirPods? I think so, yeah… And this is why Click to Tweet

Why I Prefer Samsung Galaxy Buds Over Apple’s AirPods

Most people think Apple’s AirPods are the best things to happen to the headphone market in decades. For the most part, this is kind of true – they are decent headphones. Personally, I find them a little too uncomfortable to wear for prolonged periods of time, though. I also think the sound quality is a bit average too. Plus, AirPods are expensive for what they are.

The Samsung Galaxy Buds, however, are cheaper than Apple’s AirPods, produce better sound quality, and are more comfortable to wear for long periods of time. They sit perfectly snug in your ear and cause zero aches. Chuck in the same, excellent battery life as the AirPods and it’s easy to see why I’d recommend Samsung’s Galaxy Buds over Apple’s AirPods. If all you’re after is a straight-up set of truly wireless earphones, and you run either an iPhone or an Android phone, I’d 100% go with the Samsung Galaxy Buds over Apple’s AirPods. They’re cheaper, more comfortable, and they sound better. The only reason to go with AirPods is if you want to harness ALL of their features – most of which ONLY work with iPhone.

If you just want a pair of wireless earbuds for music and the occasional Siri/Google Assistant request, go with the Galaxy Buds. It’s an unpopular opinion, I know. But in my experience, the Galaxy Buds are just better headphones. And not only that they’re cheaper too. Put in this context, it’s kind of a no brainer!

Both earbuds have touch controls. Apple’s AirPods and Samsung’s Galaxy Buds both allow you to play and pause music via tap. Both also offer voice assistants when paired with a phone. In this respect they’re fairly similar, however, Samsung’s Galaxy Buds do offer more control – especially when it comes to customizing things.

Inside the Galaxy Buds app, available for both iPhone and Android, you can check your battery life, change what the buttons do, and alter other parameters. You can’t do this with AirPods. And while it’s not a deal-breaker, it is still a very cool feature that plenty of people will really like.

Apple and Samsung have their own respective voice assistants in the form of Siri and Bixby. With iPhone, you’re kind of stuck with Siri. But with Android, you can choose from either Bixby, on Samsung phones, or Google Assistant.

The Galaxy Buds will handle all voice assistants, so you can summon Siri when using on an iPhone, and Google Assistant and Bixby when using an Android phone. In order to get the most from Apple’s AirPods, you do kind of have to use them with an iPhone. 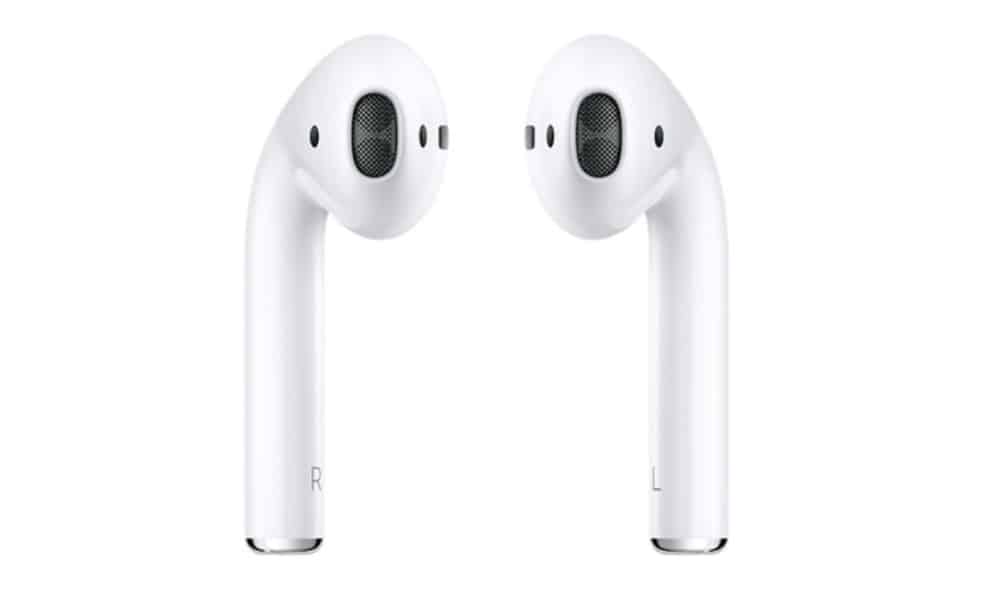 Samsung’s Galaxy Buds, when used with an iPhone, will miss out on some features for this reason. You can still summon Siri, but some of the AirPods cooler features are sadly missing – Apple keeps these exclusive to AirPods.

Honestly, you can use AirPods and Galaxy Buds with either iOS or Android. They’ll work fine, playing music and taking commands. If all you want is wireless music, either option will be fine. If, however, you have an iPhone and you want access to all of the AirPods latent features you will have to use AirPods.

Apple’s AirPods have a slightly larger battery at 62 mAh. Samsung’s Galaxy Buds’ battery is 58 mAh. However, both will get you at least 5 hours of usage on a single charge. In the real-world, AirPods can get you up to 6 hours depending on what you are doing—and Samsung says when using its Buds for music playback only, you’ll get 6 hours.

Both devices are purpose-built for the company’s other devices. For example, AirPods are designed to be used (and have all its features available too) iPhones, iPads, Apple TVs, and Macs. As noted earlier, Apple designs its products for use with its products – not anybody else’s. This is how Apple does business. It’s also one of the reasons it is the most profitable brand on the planet.

Samsung’s Galaxy Buds, on the other hand, are a bit more flexible; you don’t have to use them with a Samsung phone and they’ll work fine with iPhone. All you need is a Bluetooth connection to get them connected. If you have this, you can pair them to anything.

Apple’s AirPods vs AirPods Pro – Which One Is Better? Do AirPods Come With A Charger?