Nest Audio is the rebranded, updated replacement for Google’s long-standing Google Home smart speaker. But how big is the Nest Audio? And is it worth your time and money? Let’s investigate…

Google has officially refreshed its aging Google Home smart speaker. The new device now lives inside Google’s Nest brand and is simply called Nest Audio. And unlike the original Google Home, Nest Audio is very much focussed on audio performance and quality.

Google wants Nest Audio to compete with SONOS and Apple’s HomePod; it has redesigned the speaker from the ground-up, adding in completely new design language, internal specs, and capabilities. It’s essentially completely new compared to what came before. And that’s great.

The exact dimensions and size for Google’s Nest Audio are as follows: 175 x 124 x 78mm, and the device weighs in at 1100g (or 1.1 kilograms). In terms of size, the Nest Audio is similarly sized to the outgoing Google Home.

The Nest Audio is a fairly heavy speaker. But this is down to its updated internal components – notably its improved speakers and tweeters. The Nest Audio, once installed, will stay put thanks to its rubberized foot. 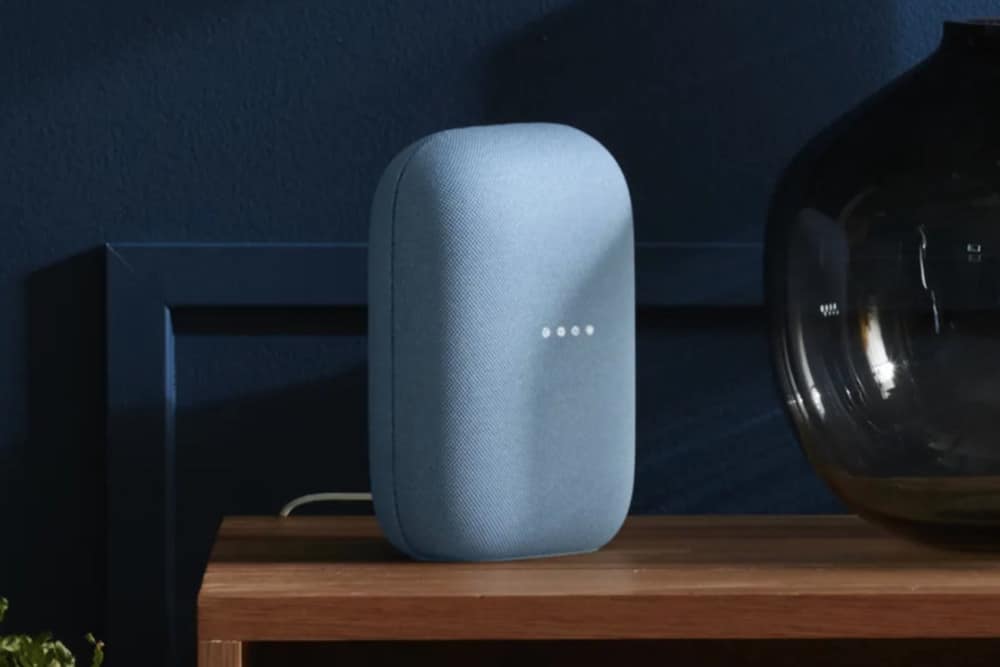 Google has made some choice design changes, however, and these do make it look completely different. The Nest Audio is only 78mm thin, for instance, so it has more a book-style shape compared to Google Home’s more cylindrical style.

The flatter, squarer design of Nest Audio was implemented so that the speaker would sit flush against walls and take up less room. It’s a smart design decision too; the OG Google Home was awkward to position which made placing it around your home tricky.

The overall look and feel of the Nest Audio, as noted above, is completely different from what came before. Available in charcoal or chalk, the Nest Audio’s entire front is covered in fabric, and there are no physical buttons or a display either, which is designed to help the speaker blend into its environment. 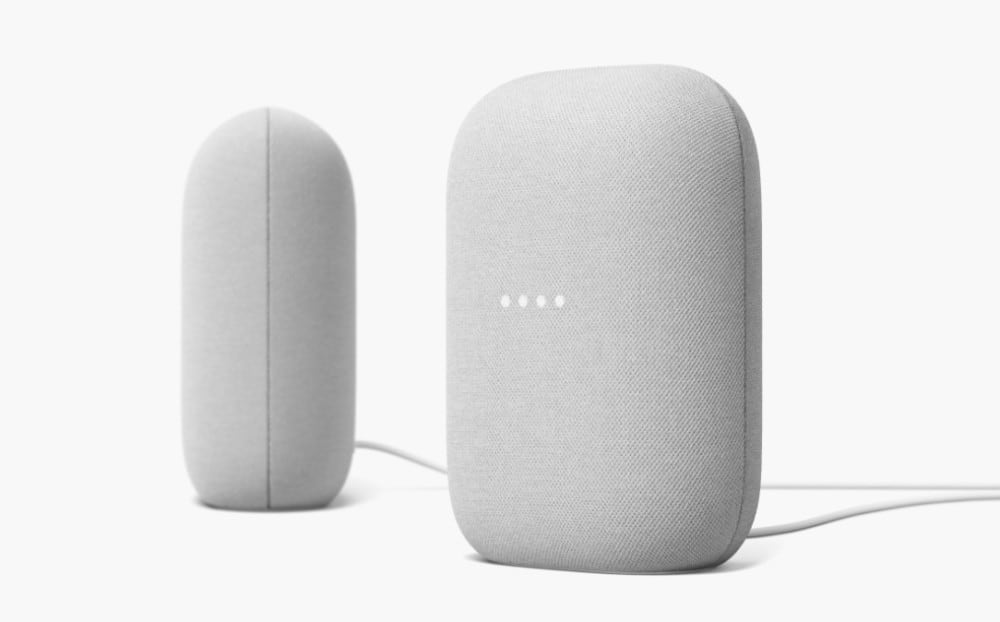 In fact, the only indicator you have that it is on is its four LED light array on the front of the device which is there to A) tell you it is switched on, and B) that it heard your request. Remember: there are no physical keys on the Nest Audio; everything is done via Google Assistant with your voice.

Oh, and the fabric that covers the device is made from recycled plastic bottles, just like it is on the Nest Mini.

Competition is stiff in the smart speaker niche. You have the likes of Apple, Amazon, and SONOS to contend with. Not to mention other, more audiophile-focused brands like Bose and B&O. In order to make its products more viable, Google has focused on sound quality BIG TIME this time around.

The Nest Audio now features a pretty impressive array of internal specs. You have a 75mm woofer and a 19mm tweeter. The former should go a long way to solving the lack of bass response that plagued the original Google Home, while the updated tweeter should ensure a nice, bright sound across all volume levels. How much better is the sound on Next Audio compared to Google Home? Google says that it spent over 500 hours tuning the Nest Audio’s speakers. And the end result? The Nest Audio is 75% louder than the Google Home and has 50% more bass. Big numbers. You will notice the difference.

The biggest criticism leveled at Google Home was its “sub-par” sound quality and terrible bass. Solving these issues, as Google has on the Nest Audio, as well as improving the design, should ensure this smart speaker becomes very popular with users looking for a killer smart, wireless speaker.

The price is VERY good too. You can pick up Google’s Nest Audio for just £90, making it significantly cheaper than the OG Google Home which retailed for well over £100 when it first got a release. The Nest Audio will get a release date on October 15, both online and in-store.

Google recently launched its multi-room initiative, whereby multiple Nest and Google Home speakers can be grouped together to play music in unison. SONOS speakers have been doing this for years, so it’s nice to see Google bringing multi-room grouping to its growing list of smart speakers.

With this new feature, you can dynamically group multiple Nest products together around your home. If you have a house party, for instance, and you’ve gone DEEP on Google’s Nest products, having one in every room in your home, you can play the same music everywhere all at once, or, you can separate them all up and create different zones for different music.

You can also pair the Nest Audio with another Nest speaker to create a stereo pair which will improve the sound and increase the overall volume. Ideal if you’re hosting a party and some of the rooms in your home are on the large side.