Apple introduced the original HomePod in 2018 before killing it three years later. But 2023 sees the HomePod make a comeback. So how are the two different?

It’s been a great start to 2023 as far as Apple hardware releases are concerned. In January also Apple introduced the M2 Pro and M2 Max MacBook Pro, the M2 and M2 Pro Mac mini, and now, the 2023 HomePod with new features (and additional features like Sound Recognition coming at a later date.

Which is better? Apple is claiming the S7 chipset in the 2023 HomePod provides “even more advanced computational audio that maximizes the full potential of its acoustic system for a groundbreaking listening experience.”

Both HomePods come in either white or space grey mesh. What is different is the 2023 HomePod is just a little smaller and lighter than the 2018 HomePod.

The 2023 HomePod is also said to feature a larger touch interface on the top of the device than the 2018 HomePod had. This is the glowing multicolored touchpad that is found on top of all HomePods. The larger touch surface gives users more space to interact with the device.

This Wi-Fi downgrade means the Wi-Fi in the 2023 HomePod is not as versatile as that in the original HomePod. The Bluetooth chip in both models remains at Bluetooth 5.

However, the 2023 HomePod does beat out the original HomePod on one connectivity front: Apple has added the U1 Ultra Wideband chip to the 2023 HomePod. This means that iPhones with U1 chips can be detected by the 2023 HomePod when they are nearby and handoff playing music from one device to the next.

The sound quality of any device is so hard to judge because no two human ears are the same. However, based on hard specs, Apple did downgrade a few of the audio features from the 2018 HomePod to the 2023 HomePod.

Will the fewer microphones in the 2023 HomePod impact the ability of the device to hear a user’s commands? That remains to be seen, but it’s doubtful most users will notice that much of a difference.

The final big difference between the 2023 HomePod and the 2018 HomePod is that the 2023 model now includes a temperature and humidity sensor. This allows the 2023 HomePod to track these metrics in the room it’s in and feed the data to the Home app, which can then relay the information to other compatible Home devices. 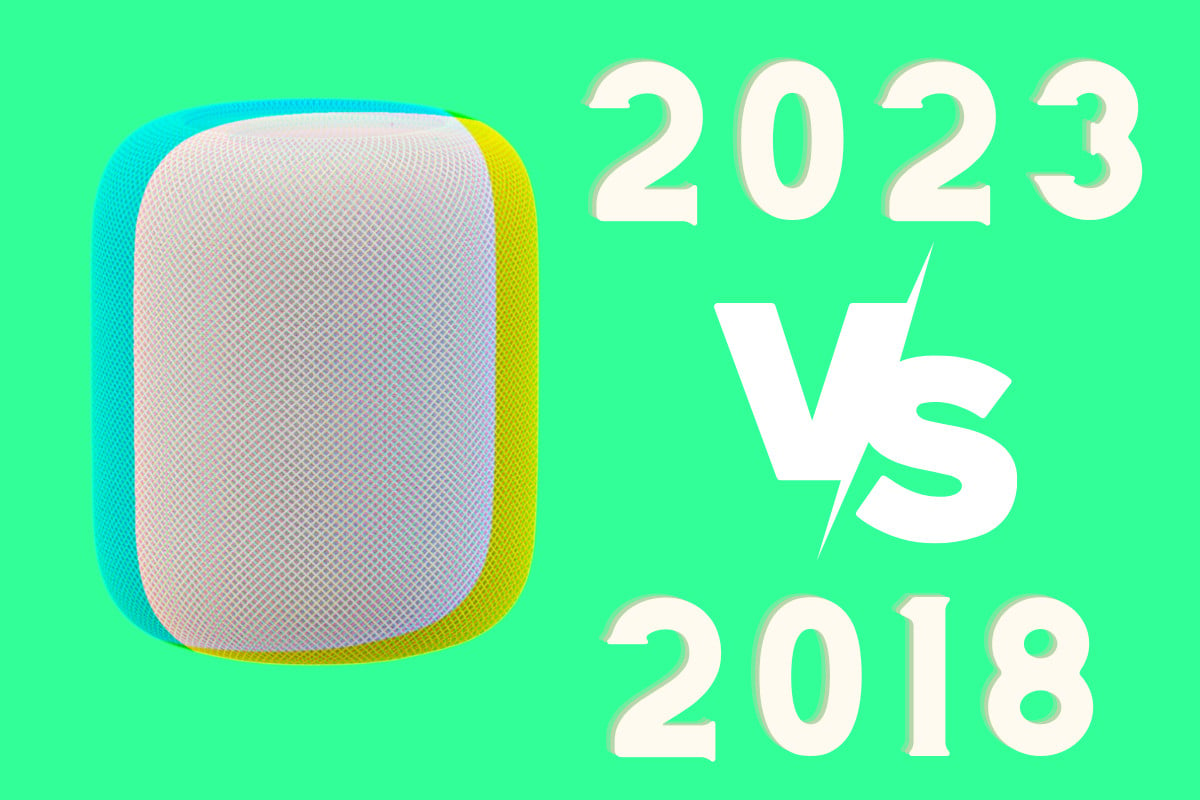