The Best-Sounding Headphones For iPhone 7 (ALL BUDGETS)

If you’re looking for a great-sounding pair of headphones for the iPhone 7, we’ve tested a TON in the last few years. And right now, these are our #1 picks for value for money, sound quality, and comfort…

The iPhone 7 does not have a headphone jack. But you already knew that. This means, when it comes to headphone options, you’re pretty much stuck with wireless headphones and earbuds.

Not that this is a problem.

I much prefer wireless headphones these days. But it wasn’t always this way; no, back when the iPhone 7 came out I was appalled that Apple would remove something so integral to phone use. As it turns out, Apple was right – and nearly every other phone maker has now followed its example.

This is why wireless headphone sales have gone through the roof in recent years. It is also the reason why one of Apple’s most profitable products is now its AirPods line of headphones. Me? I’m not much of a fan of Apple’s AirPods, so if you’re looking for me to recommend them, you’re best off looking elsewhere.

Don’t get me wrong, Apple’s AirPods Pro are decent enough. It’s just that, for the money, I think you can do a lot better…

In the past 18 months, the team has road-tested a TON of wireless headphones – too many to mention. We’ve trained in them, worked in them, commuted in them, and taken planes with them. The list below features a distilled version of our team’s current #1 favorite headphones – from over-ear headphones to earbuds. And, yes, they’re all 100% wireless.

If money is no object and you like your music to sound as good as it possibly can, there really is only one game in town right now – the Bowers & Wilkins PX. These headphones are monumentally good. Probably the best we’ve ever tested for overall sound-quality, looks, and comfort. The only downside, however, is that all this goodness comes with a rather premium price tag. 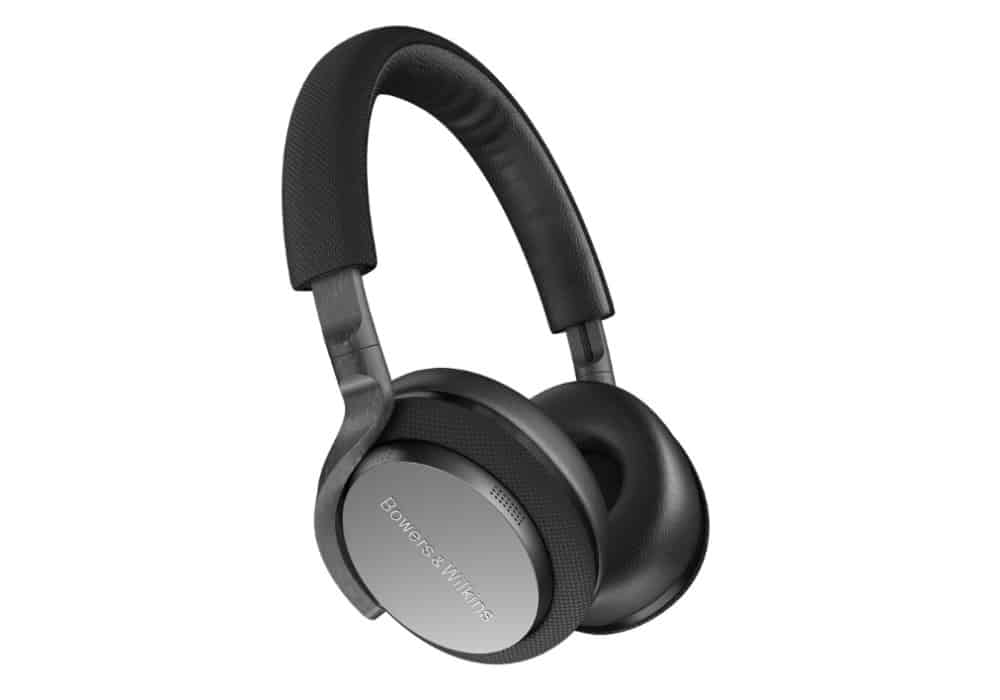 The Bowers & Wilkins PX currently retails for $319.99 via Amazon. That is pricey by anyone’s standards but if you’re a hardcore music fan (and you have proper stereo-system at home), the Bowers & Wilkins PX is pretty much the best of the best on the market right now. Imagine the Bose QC35 II headphones, which are already phenomenal, but about 2X better in every regard. Then remind yourself that you can have all this for just $100 more.

This is how good the Bowers & Wilkins PX is in practice. In all honesty, they kind of have to be used to be believed. I adore mine and would happily fork out the near-$400 asking price for another pair if mine were damaged and/or destroyed.

These headphones have the best noise-canceling I have ever experienced, a beautifully balanced sound that is perfect for all styles of music, and they also have things like aptX HD connection for high-resolution music streaming. If you want the best, get yourself a pair of Bowers & Wilkins PX. Your ears will thank you, but your bank account will hate you.

OK, so we’re not recommending Apple’s AirPods. The reason for this is simple: if you want better sound quality and better noise cancellation, you’ll do what smart people do and get a pair of Sony WF-1000XM3 earbuds. These earbuds are cheaper than Apple’s AirPods Pro, they look better, they sound better, and they’re more comfortable to wear. ‘Nuff said, right?

So what makes the Sony WF-1000XM3 headphones so special? Sony has spent a huge amount of time and effort in developing this product; you can tell from the moment you unbox them and start familiarizing yourself with what they can and cannot do. Spoiler: there isn’t much these headphones can’t do – save for work with Siri, but who cares about Siri, right? 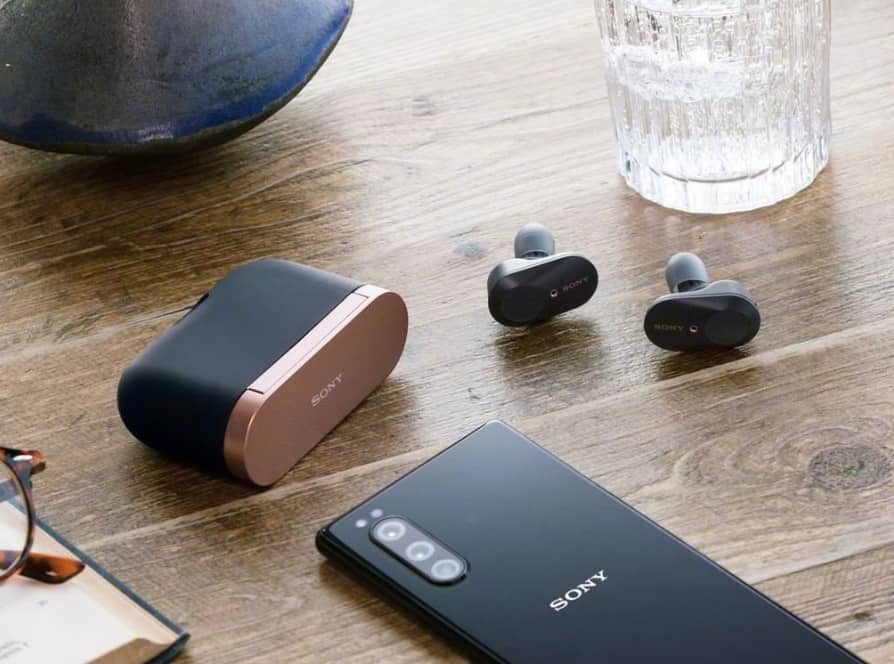 Like Apple’s AirPods, the Sony WF-1000XM3 has an HD noise-canceling processor hard-wired into each earbud. The benefit of this approach is that you have active, on-the-go noise cancellation that constantly adapts to your surroundings. In addition to this, because it uses dedicated processors for noise-cancellation, it uses less power which means longer battery life and less charging.

On top of this, Sony has included 24-bit audio signal processing and a digital-to-analog converter and this allows for some of the cleanest, truest sound you’ll ever hear from a pair of wireless earbuds. In our tests, these small earbuds were almost as good as our Bose QC35 II headphones for sound quality and fidelity. Impressive isn’t even a good enough word for the noise these things kick out.

With battery life, you’re looking at 24 hours of continuous listening between charges. Bluetooth 5.0 ensures your connection is always solid and reliable. And if that wasn’t enough to get you reaching for your wallet, Sony has also bundled Google Assistant inside the Sony WF-1000XM3 headphones, so you’ll never have to use Siri again.

Defining cheap is always tricky. But when it comes to over-ear headphones that pack in active noise-cancellation, they don’t get much better than the MIXCDER E10’s which, in our review, we called the best Bose QC35 II alternative on the market. And for just $89.99, you’re getting A LOT of technology which is why we recommend these headphones so highly.

For starters, you have active noise-cancellation (and it is very good noise cancellation too), you have fast charge (0% to 80% in 10 minutes), Bluetooth 5.0 for solid, reliable connection, and for sound, you have dual 40mm Neodymium Iron Boron dynamic drivers that deliver devastatingly good sound regardless of what you’re listening too, be it metal, jazz, or EDM. 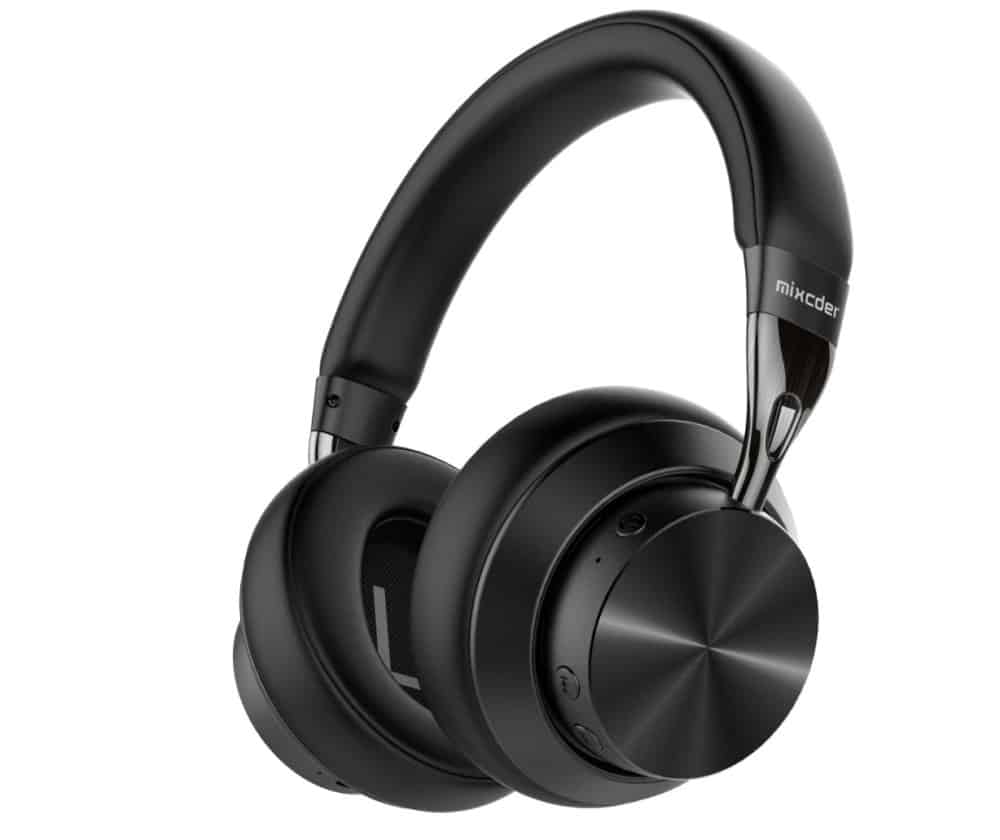 The E10’s also feature support for AAC, AptX, and AptX Low Latency, as well as a dedicated ANC V4 chip that handles all your active noise-cancellation needs when you’re on the go. Like Bose and Bowers & Wilkins’, this noise-canceling tech is active, so it adapts to what’s going on around you. And it works great in practice too – I’ve used them on multiple flights and they’re bloody amazing for blocking out engine roar.

For the money, I think the MIXCDER E10 headphones are just about the “best value for money” option on the market right now. They’re certainly the most comprehensive set I have tested in the last 12-18 months at this price point. And, really, it is the price that makes these headphones so special. You’re getting Bose-grade specs and functionality for around 75% less. And that’s good value for money whichever way you slice it…

The Best Value For Money Option…

If you’re after value for money, it’s kind of impossible not to love the MIXCDER E10 headphones. They’re cheap as chips, perform great, and deliver a ton of performance for a good $200 to $300 less than the Bose QC 35 II’s and Bowers & Wilkins PX. As we noted in our review, they’re not quite as good as either of these options, however, though for that kind of money that’s got to be expected. For overall value, I think the E10’s are great though. 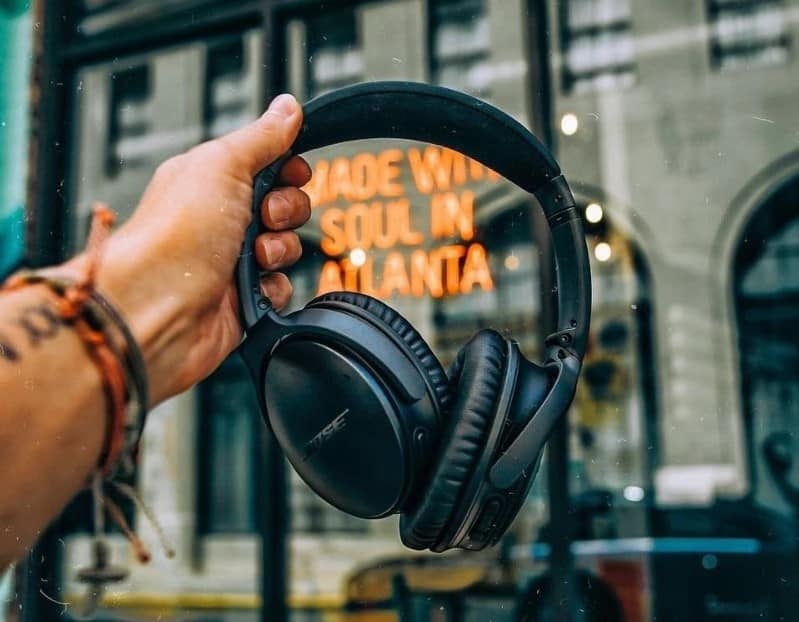 Bottom line: if you want over-ear headphones and budget is no issue, go with the Bowers & Wilkins PX – they’re ridiculously good. Don’t want to spend more than $260? Get the Bose QC35 II headphones. Again, these over-ear headphones are literally class-leading in this price bracket. And if you want to go ultra-affordable, but still get active noise cancellation, go with the MIXCDER E10 headphones. For $89.99, they serve up some insane value for money.

For earbuds, we 100% recommend the Sony WF-1000XM3 earbuds over pretty much everything else right now. They’re cheaper than Apple’s AirPods Pro, they sound better, and they have more technology inside them. For this reason, they are just a better investment – and if you want earbuds they are the ones you want to be looking at. They didn’t get hundreds of 5-Star reviews from some of the biggest audio review sites for nothing. 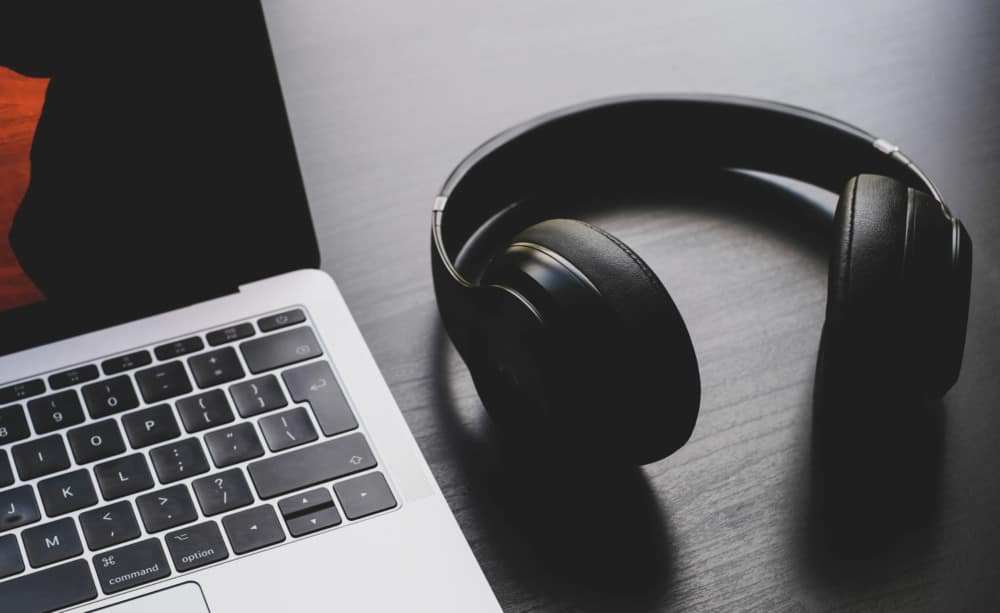