Apple’s AirPods Pro vs Google’s Pixel Buds 2 – Which One Wins?

Google just released its Pixel Buds 2, the long-awaited second generation of their maligned Pixel Buds that came out a few years ago. The original Pixel Buds were slammed due to design and audio issues.

In the meantime, Google’s arch competitor’s wireless buds, the AirPods, have become the de facto gold standard in wireless earbuds. Apple’s most recent AirPods, the AirPods Pro is the cream of the crop thanks to their sleek design and their active noise cancelation.

But has Google finally struck back with its new Pixel Buds 2? Let’s take a look at how the earbuds stack up. 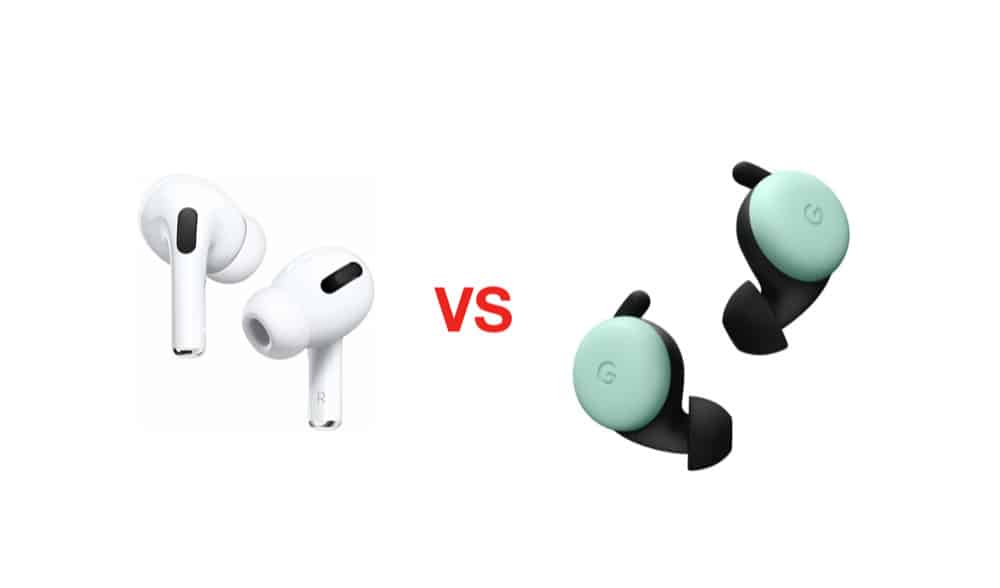 The AirPods Pro sports Apple’s flower-like “stem” design. It’s a design many people love, though to each their own. The AirPods Pro also comes with three interchangeable tips so you can get the best fit for your ear. One downer is the AirPods Pro only comes in white–so take it or leave it.

Google’s Pixel Buds 2, on the other hand, comes in four color options: Clearly White, Almost Black, Quite Mint and Oh So Orange, Personally, we’re not a fan of the colors (too pastel), but some people love them. The Pixel Buds 2 also feature a snail-like design. If that turns you off, we don’t blame you. But then again, if you hate the AirPod’s Pro “stem” you might like the snail. When it comes to audio features, the two buds radically differ. That’s because the AirPods Pro features active noise cancellation (ANC), which uses hardware and software to stop the noise from the outside world from passing through to your ears. ANC is a godsend in such a little pair of earbuds–and they sound phenomenal.

The Pixel Buds 2 do not have any kind of true ANC. Instead Google’s device has “adaptive sound” technology that automatically raises or lowers the volume of your earbuds based on the outside sounds around you. Honestly, this doesn’t seem like a great feature. Who wants the music they are listening to to become louder or quieter on its own?

Winner? AirPods Pro – The AirPods Pro has active noise cancellation. Because of that, it’s not even a contest.

When it comes to battery life, you need to look at the per-use life and the case’s life. The per-use life refers to how long the buds will last in your ear without putting them in the case to recharge them. for the AirPods Pro, that’s 4.5 hours. For the Pixel Buds 2, that’s 5 hours.

The reason the AirPods Pro gets you 30 minutes less battery life? That incredible active noise cancellation. But losing 30 minutes of battery life for ANC is totally worth it.

Winner? Draw – The battery life on both are identical.

With the AirPods Pro, you get the Siri voice assistant. Siri has improved remarkably in recent years…still, it’s no Google Assistant. That’s the voice assistant you get with the Pixel Buds 2.

Winner? Pixel Buds 2 – Google Assistant is a much better assistant than Siri.

From an audio and design perspective, the winner is clear –the AirPods Pro. Their active noise cancelation can’t be beaten here. It especially can’t be beaten because the Pixel Buds 2 don’t even offer ANC.

However, if you don’t use your earbuds mainly for music and instead use them for interacting with your phone’s assistant, then the Pixel Buds are a great choice because they support Google Assistant. Google Assistant blows Siri away any day of the week.

MORE: Apple’s AirPods vs AirPods Pro – Which One Is Better?

Here are the specs for the AirPod Pro:

And here are the specs for the Pixel Buds: