Apple’s AirPods Pro vs Amazon’s Echo Buds – Which Is Better?

Welcome to the AirPods Pro vs Amazon’s Echo Buds comparison!

TL; DR Version – Amazon’s Echo Buds retail for $129.99, around half the price of Apple’s new AirPods Pro. However, Apple’s AirPods Pro are the superior headphones in this context; they have better overall sound quality, active noise-cancellation, and longer-lasting battery life. If you want the best, go with Apple’s AirPods Pro. Want something cheaper, but still decent? Get the Amazon Echo Buds…

Amazon is one of the latest tech giants to enter the sector, with the release of the Amazon Echo Earbuds. But just how do the Echo Buds match up with Apple’s latest AirPods Pro? Let’s find out.

With the AirPods Pro, Apple really refined the design from the original AirPods. The long stem is gone in favor of a shorter, more compact design. The AirPods Pro also adds interchangeable tips so you can choose the best fit for your ears. The AirPods Pro comes with three of these tips: small, medium, and large.

The Amazon Echo Buds come in a more bulbous design that looks a bit bulky in the ear. However, some people say they love the design. When it comes to the audio quality there’s no contest: the AirPods Pro are far superior. Why? Because the AirPods Pro features active noise cancellation (ANC) technology. This means the AirPods Pro will block out external noise so what you hear in your ear is the song.

The Echo Buds do feature Bose Active Noise Reduction technology, however, this is not ANC and does not sound anywhere near as good ANC. It’s better than nothing, but don’t expect AirPods Pro-level sounds.

Winner? AirPods Pro – The AirPods Pro has active noise cancellation. Because of that, it’s not even a contest. 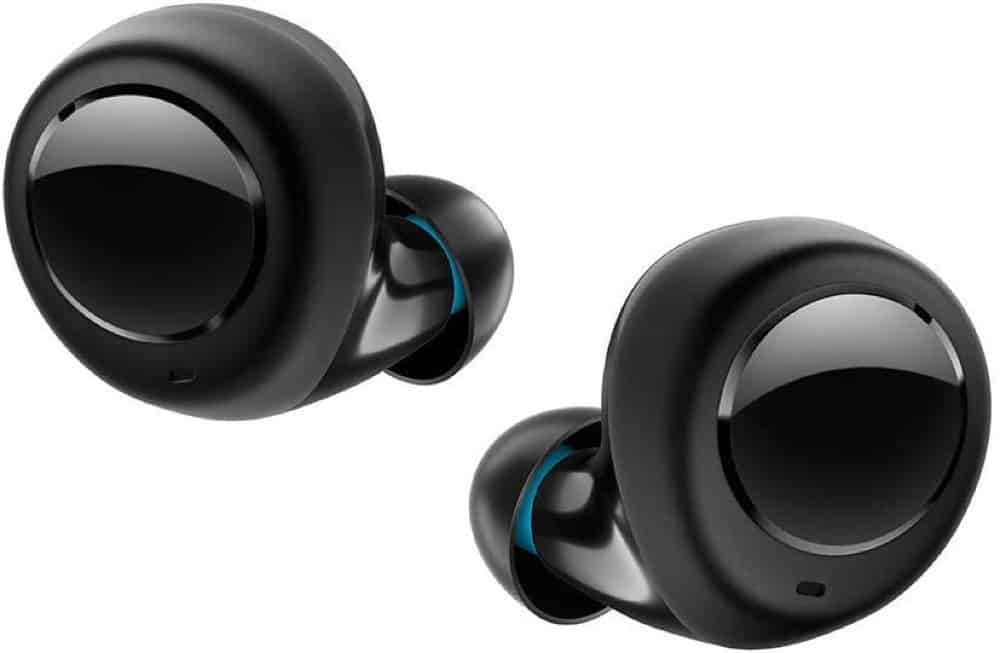 When it comes to the battery life of the actual buds per-use before they need to be recharged in their case, the Echo Buds will actually get you 30 minutes more use at 5 hours. The AirPods Pro gets you 4.5 hours. HOWEVER, as the AirPods Pro feature ANC, it’s no wonder they require more juice.

Winner? AirPods Pro – They include a wireless charging case that holds four additional hours of charge over the Echo Buds case.

If you want the very best sound quality, there’s no doubt about it, the AirPods Pro is the way to go. They also sport better design and include the wireless charging case as standard.

However, the AirPods Pro is almost twice as expensive as the Echo Buds ($129.99). The Echo Buds are a very attractive product considering their lower price point. The fact they also support third-party voice assistants and offer noise isolation is a nice touch too.

That makes them perfect for most people with Android phones. However, if you use an iPhone, Apple’s AirPods Pro is going to be the earbuds you want thanks to their deep integration into Apple’s ecosystem. 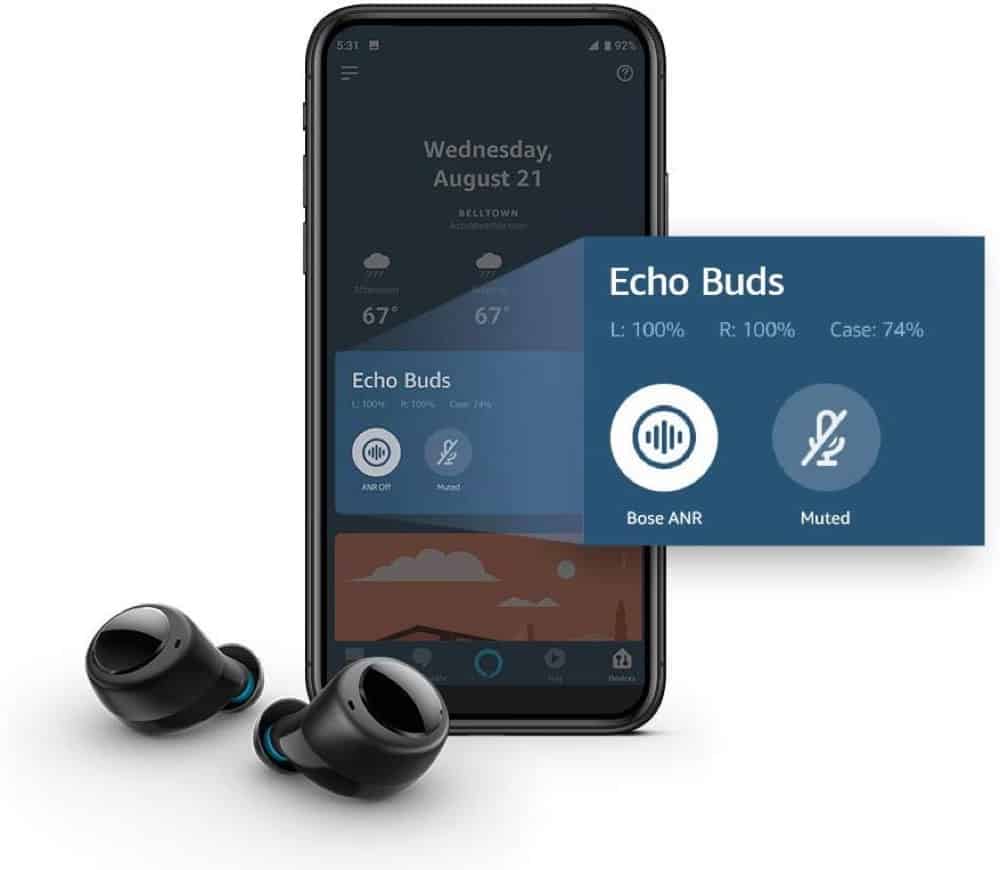 Here are the specs for the AirPod Pro:

And here are the specs for the Echo Buds:

And check out our Apple’s AirPods Pro vs Google’s Pixel Buds 2 here!