Apple Dual Charger: What We Know About The Rumored USB-C Power Adapter

If you’ve been waiting for an Apple dual charger, you may not have to wait much longer. That’s because a support document briefly surfaced that reveals Apple has likely been at work on a dual charger for some time and could release it before the year is over.

As of right now, so between when Apple started and 2022, it has never made or released an Apple-branded dual power charger. If you use iPhone, you’re limited to the standard 15W charger (which, as it happens, is no longer included in the box). All you get with modern iPhones is a lightning cable and the SIM-tray tool.

And with WWDC 2022 just around the corner, this would be the perfect time for Apple to unveil its first-ever dual power adapter for iPhone and iPad. The Apple Dual Power Adapter will not be limited to iPhone and iPad, however – it’ll charge anything and everything presumably, including AirPods and MacBooks.

The news first came to use from 9to5Mac. As the site notes, a support document was temporarily available on Apple’s website, which referenced the unreleased charger. The support document read:

So let’s dive in…

What Is The Apple 35W Dual USB-C Port Power Adapter?

As of April 2022, it’s an unreleased power charger that has now been leaked in an Apple support document, so we know the company is working on it.

Essentially the Apple 35W Dual USB-C Port Power Adapter is a standard Apple charger but it features two USB ports on it instead of one. This means you can plug in two USB-C devices into a single charger.

While dual USB chargers have existed for years, this is the first time Apple has ever made its own–and it’s about time. Gone are the days most people only have an iPhone to charge. Many Apple users now have an iPhone, Apple Watch, and AirPods they need to charge every night.

If you used Apple’s standard charger to charge these items you’d need three of them. But now with the Apple 35W Dual USB-C Port Power Adapter, you can charge two of these devices with a single charger.

Will Both Port Charge At 35 Watts?

No, it’s not likely. The way dual (or even triple) chargers work is if only one port is being used to charge a device, that port will have the maximum wattage available. However, if two ports are being used to charge a device, they’ll need to divide the maximum wattage between them. And oftentimes this wattage is not divided evenly.

For example, a 45-watt dual power adapter might relegate a maximum of 25 watts to one port and 20 watts to the other.

From what we know about the Apple 35W Dual USB-C Port Power Adapter from the support document, it will offer charging at 35 watts in total. So if you are only charging one device with it, that device should be able to request all 35 watts of charging power (if the device supports it).

If you are using the Apple 35W Dual USB-C Port Power Adapter to charge two devices at the same time, one port will likely be limited to 20 watts while the other port will be limited to 15 watts.

Will the Apple Dual Charger be compatible with all iPhones? As of right now, we don’t know and we won’t know for sure until Apple actually announced the device, but we can guess. The Apple 35W Dual USB-C Port Power Adapter will likely work with iPhones, iPads, AirPods, Apple Watch, and the HomePod.

It will also likely support fast charging on the iPhone and iPad (provided the model you have supports fast charging). But we won’t know any of this for sure until Apple officially announces the Apple 35W Dual USB-C Port Power Adapter, hopefully later this year.

And check out What Apple Products To Expect At WWDC 2022! Also, check out Does The Apple Watch Have USB-C? 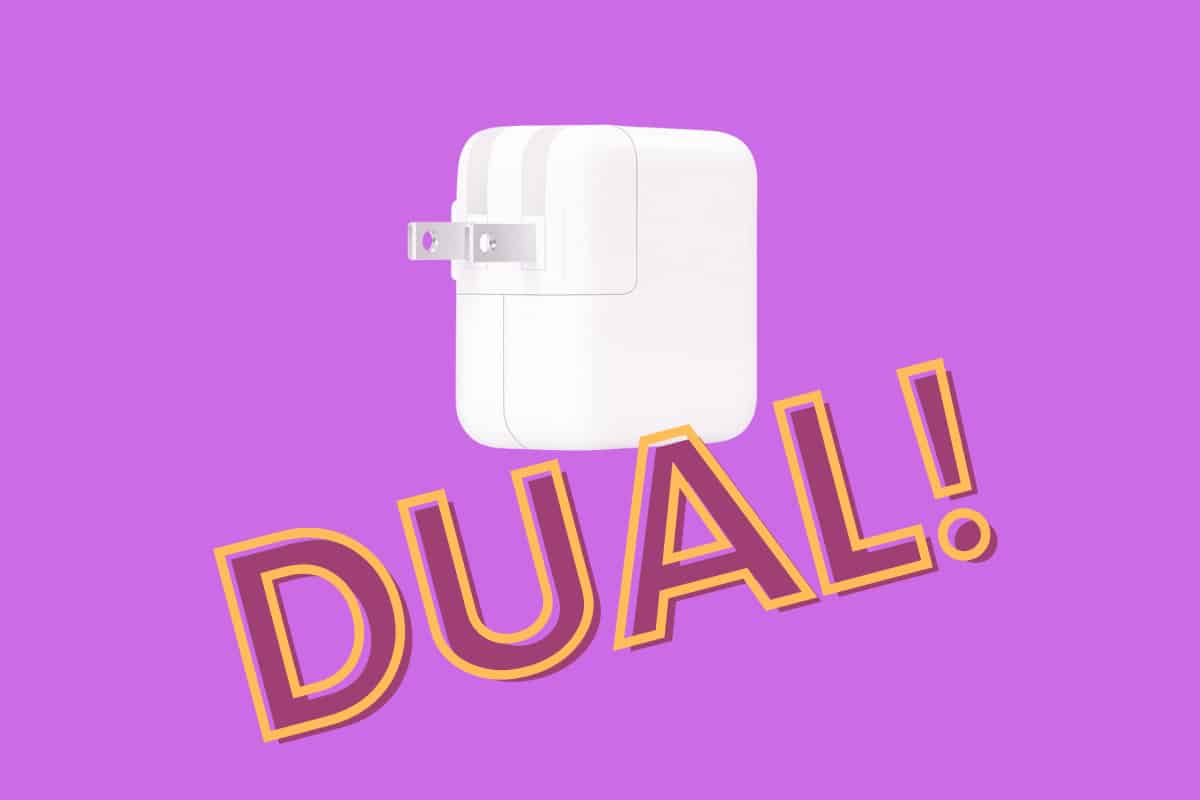